The world’s largest soft drinks manufacturer Coca-Cola moves to smaller production volume in order to increase revenue in North America. President of the company in North America, Sandy Douglas, said at an Morgan Stanley industry conference that the Americans are drinking less Coke than ever. Nevertless, it is good for Coca-Cola. When people talk about decline in sales of carbonated soft drinks, they base the case on sales in liters rather than in packs. Douglas told that consumption of cola reduced in liters, yet sales in small bottles and cans grow. 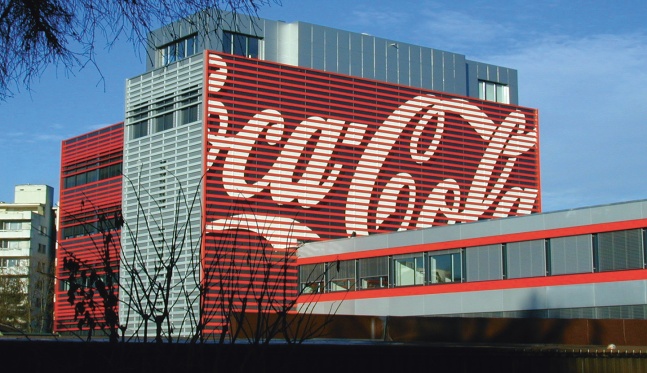 As for the III quarter (ended October 2, 2015), Coca-Cola’s global revenue decreased by 2% year on year to $ 34.3 billion. The North America occurred to be the only region where revenue increased (3%) for the first three quarters of 2015, follows from the statements of the company.

Sales of the main Coca-Cola products in the
– in bottles of 1 gallon (almost 4 liters) and 12 cans of ounces (about 0.3 liters) – fell by 2% in the first three quarters of 2015. Sale of cans and bottles of smaller volume increased about 15%. Thus, Coca-Cola can capitalize on the fact that consumers has started to select a smaller package. Turning to aluminum cans in amount of 7 ounces, the company reduced sales in liters, but increases revenue, said Douglas. While single sale of an 8.5 oz. can brings in $ 1.6, a two-liter bottle make profit only in amount of $ 0.18.

Small packages help Coca-Cola attract consumers of all social and demographic groups, said Douglas. This is especially true for people with high income or mothers who want to buy something tasty but moderate to their children.

By reducing size of the packages, the company meet wishes of fighters with obesity. In 2014, the American Association of soft drinks producers has pledged to reduce the caloric content of their products by 20%. With its simply small packages, Coca-Cola will be able to meet these requirements without changing the drink’s composition, says Business Insider.

Recall that on Monday, November 16, Coca-Cola celebrated the anniversary – 100 years of the contour bottle.

According to the bottle’s developer, its design should be “expressive so that it can be distinguished simply by feel, and is so unique that it can be recognizable even when the bottle is broken to pieces.”

Vice President of Coca-Cola’s Global Sparkling Brands Katie Bayne said: “Over the last 100 years, Coca-Cola bottle has evolved from a functional package to the global icon of pop culture. This year we are celebrating the historic role of the bottle and the importance it plays in our business today and in the future. ”

At the same time, master of the world of industrial design Raymond Loewy notes that the Coca-Cola bottle is a masterpiece of scientific and functional design.

It is worth noting that glassmaker of Swedish origin Alexander Samuelson registered the official patent on the Coca-Cola bottle’s form on November 16, 1915. The drink itself was created 125 years ago on May 8, 1886 in Atlanta, Georgia by Dr. John Pemberton, and was first sold only in pharmacies.